Watching the Premiership final at Twickenham – Wasps vs. Exeter Chiefs 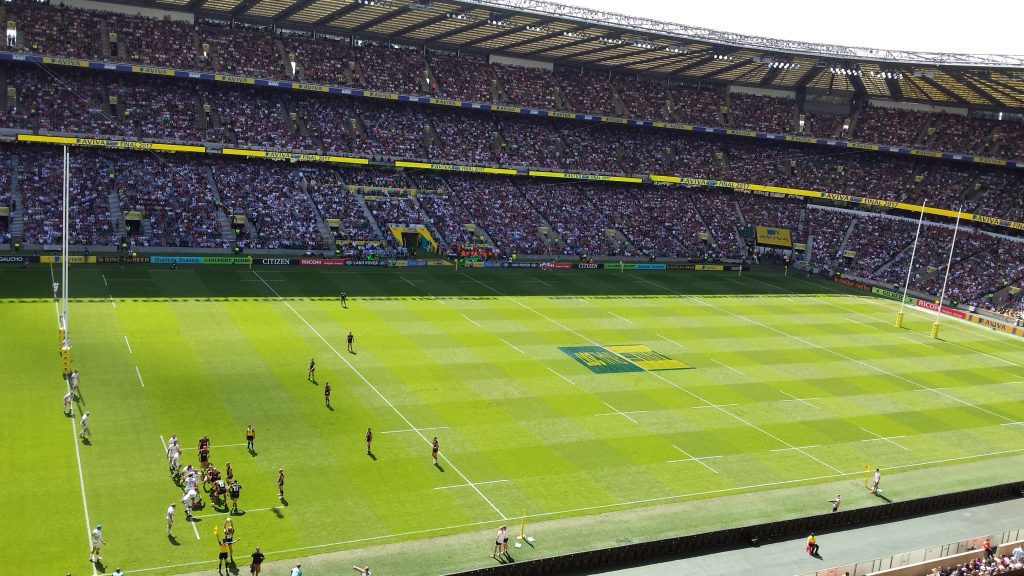 It’s certainly been a fantastic few weeks of rugby! Three weekends ago I was at Murrayfield in Edinburgh to watch Saracens defend their Champions Cup crown, beating French side Clermont Auvergne in a pulsating final. Two weekends ago I was visiting my folks in Port Elizabeth and as luck would have it, the Super Rugby Kings were playing at home against the Brumbies.

While the result disappointed, with the Brumbies ending the Kings’ three-match run, it was wonderful to watch live rugby with my dad. Rugby has always been something we’ve shared and one of my earliest childhood memories is waking up at 4.30am on a Saturday morning to watch the Springboks play the All Blacks in New Zealand. When I was a youngster, it was my dad who would get me up, cook us breakfast and make the coffee and wake me up when I dozed off. As the years passed, roles changed and it was me setting the alarm, getting coffee on the go and waking dad when he dozed off.

The wonderful three-week run ended this past weekend as Biggs and I headed to Twickenham to watch Wasps play Exeter Chiefs in the Premiership Final. We had bought tickets just before the semi-final, thinking Saracens would defeat the Chiefs at Sandy Park and we’d be watching them go for the double double. Sadly it wasn’t to be but we decided to keep our tickets and were ‘proper spectators’ for the day, not really fussing too much who won.

It was a gorgeous summer’s day and the buzz around the stadium was fantastic with the famous Cabbage Patch pub heaving with fans from both sides. I’ve made a number of trips to Twickenham over the years to watch the Springboks, and the 7’s, and it’s a very special place to watch rugby; its sheer size, with a capacity of 82,000, coupled with its rich history and rousing support ensures a very special afternoon in South-West London.

Having played to a 35-all draw in their last encounter, and having ended the season as 1 (Wasps) and 2 (Chiefs) respectively, we were expecting an entertaining and tightly contested affair. It was evident from the kick-off that both teams has come to play as they attacked at every opportunity and while the game was at times a little sloppy, it was really exciting to watch. With the sun on our backs, a cold beer in one hand and some droewors in the other we were enjoying an unbelievable afternoon! (Droewors is a South African speciality – dried, cured and spiced beef).

The Chiefs dominated the early stages and went ahead courtesy of a well-rehearsed move from a line-out as Lions winger Jack Nowell opened the scoring. The Chiefs continued to dominate  possession and territory for the majority of the half and lead 14-3 before Wasps conjured something from nothing to score just before the break and reduce the deficit to 4.

After the break, Wasps continued where they left off and were soon ahead with another try, 17-14. The teams traded penalties as Wasps lead 20-17 and it would stay this way until virtually the final whistle before the Chiefs were finally rewarded for an incredible 34-phase drive – fly-half Steenson keeping cool under immense pressure to level the scores and send us into extra time.

The Chiefs dominated both 10-minute halves and came closest to scoring with a try not given as the ball was held up over the line. Eventually it was a scrum penalty that won it as Steenson stepped up and coolly slotted it over from 35m out.

In only seven years, the Chiefs had gone from winning promotion from the largely semi-professional second-tier competition to being crowned champions of England (they lost last year’s final to Saracens). Three players started both that play-off final and this Premiership final and it was incredibly special to see such a story come full circle.

Next up rugby-wise, though only on TV unfortunately, is the Lions series, which I can’t wait for – it promises to be a wonderful few weeks and I’m really hoping the Lions can emulate their famous 1971 colleagues who are the only Lions ever to win a series in New Zealand.

As for live sport, the cricket season starts on Saturday with the Proteas in town for the Champions Trophy, followed by a Test series against England. We’ve secured tickets for two of the Champions Trophy games and a day of each Test and it’s going to be an uuuuuunnnnbelievable few weeks as we follow the boys round the country.

Watching the Proteas (disappoint) at the 2017 Champions Trophy 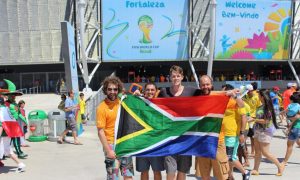 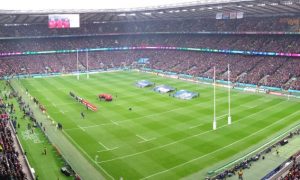 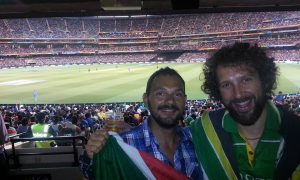 The 2015 Cricket World Cup in Australia