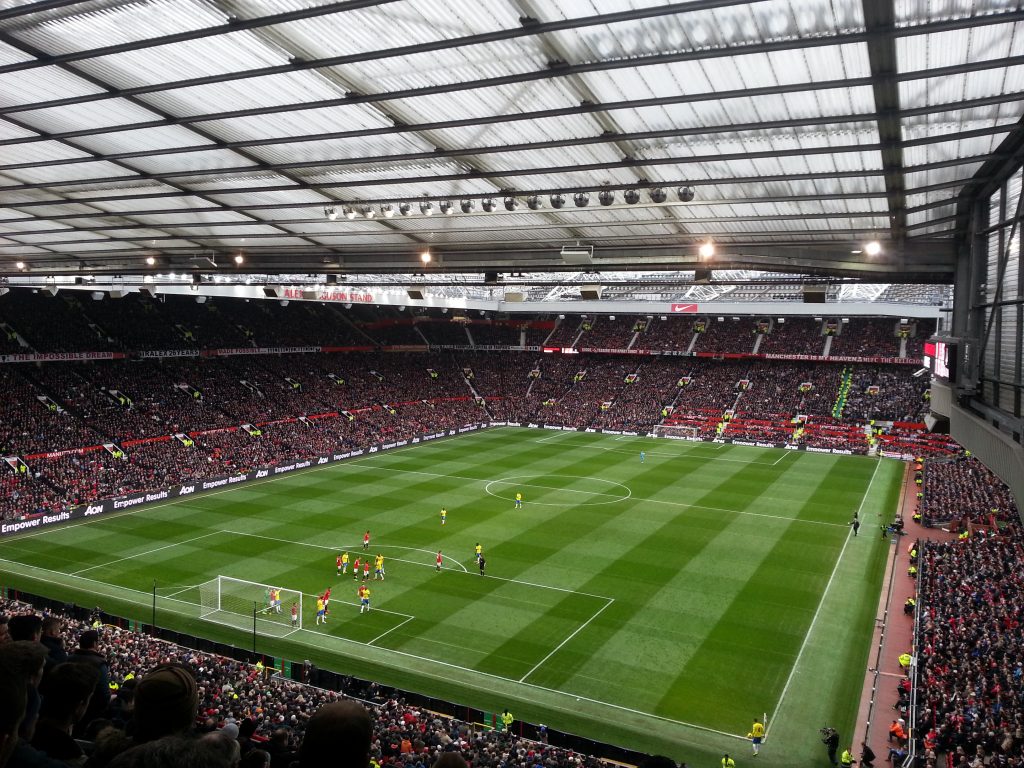 I’ve been a Liverpool fan since I was six. I had a friend in what’s known in South Africa as Sub-A, the first year of school, called Robert Levine and I would head to his house after school to watch Liverpool videos, play football in the back garden and have cheese and apple slices for lunch. I’m not sure why he supported Liverpool but I wasn’t asking any questions at six and nothing has changed since.

And as we all know, Liverpool’s biggest rival is Manchester United. In fact, I always say I support two teams: Liverpool and anyone playing United! Yet, despite this, I really wanted to watch a game at Old Trafford to experience the stadium and as it turns out, I’m pleased I waited until the current season. With Sir Alex no longer in charge, United have been struggling and you can imagine a Liverpool fan’s delight to be heading to the Theatre of Dreams to watch a mid-table clash!

Dyl and I were up whilst still dark for our 6.43 am train to Manchester and the two hour journey flew by as we chatted to two passionate Newcastle fans whom we met on board. After a hearty and delicious fry-up breakfast with Lee, my mate who had organised the tickets, we headed to The Bishop Blaize Pub, which is right on the stadium’s door. This pub is a United supporters pub, there is no entry without a match ticket, and so Dyl and I were sure to keep our Liverpool support quiet while the heaving pub chanted about Scouses!

Old Trafford, with its capacity of 76,000,  is the largest football stadium in the country by a long way with the second largest Emirates holding ‘only’ 60,000. (Wembley, though bigger, is not only a football stadium).  Although it holds this many, it doesn’t feel huge and it’s not overly steep. The pitch is immaculate and it’s interesting how raised it is so as to assist with drainage given how much rain there is in and around the city.

Here’s the players making their way onto the immaculate pitch:

Lee had organised us tickets in the Stretford End, which is where the ‘fanatics’ sit, and thus we definitely experienced the best of the Old Trafford atmosphere. We stood for the full 90 minutes and there was constant chanting and singing.

Before play commenced, the heart grew both heavy and proud as a minute’s applause for Nelson Mandela, affectionately known back home as Madiba, rang out across the stadium. I think a minute’s applause is far more appropriate than a minute’s silence and the noise as 76,000 celebrated the life and times of one of history’s greatest heroes was immense.

Attention swiftly turned back to the football and it was an even first half with few chances and the teams went into the break 0 -0. United had lots of the ball early in the second half and the atmosphere ratcheted up a few notches as the half continued. In an instant it turned and a wonderfully deafening silence enveloped the ground as Newcastle scored. The Magpies would hold on for their first win at Old Trafford since 1972 and without being nasty, I can admit it was a dream come true to watch United lose at Old Trafford.

Here’s some action from the game:

Football aside, Manchester is a super fun city with a great nightlife and Lee showed us round brilliantly as we visited a few bars. There is also a brilliant Christmas Market in the city centre with lots of awesome food, and beers, on offer.

There was more United action on Sunday as Dyl and I headed back to the stadium for the ‘stadium tour’, which really was very well done. The tour takes you through the stadium, into the media centre, the dressing rooms, the dug-outs, the tunnel, the directors’ box and so on. We also visited the museum and while it was certainly less fun walking through the trophy room, and the room dedicated to the treble of 1999, we learnt a lot about the history of the club.

All in all, it was a super weekend and an awesome experience watching United (lose) at the Theatre of Dreams. 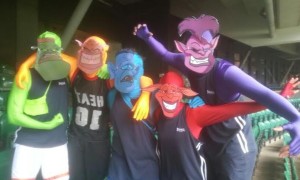 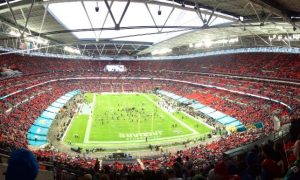 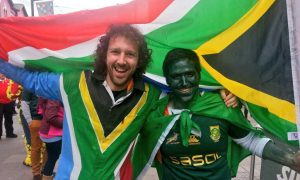 Watching the Boks at the Millennium Stadium 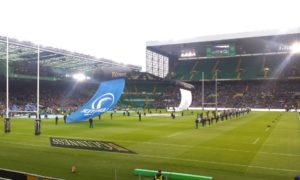