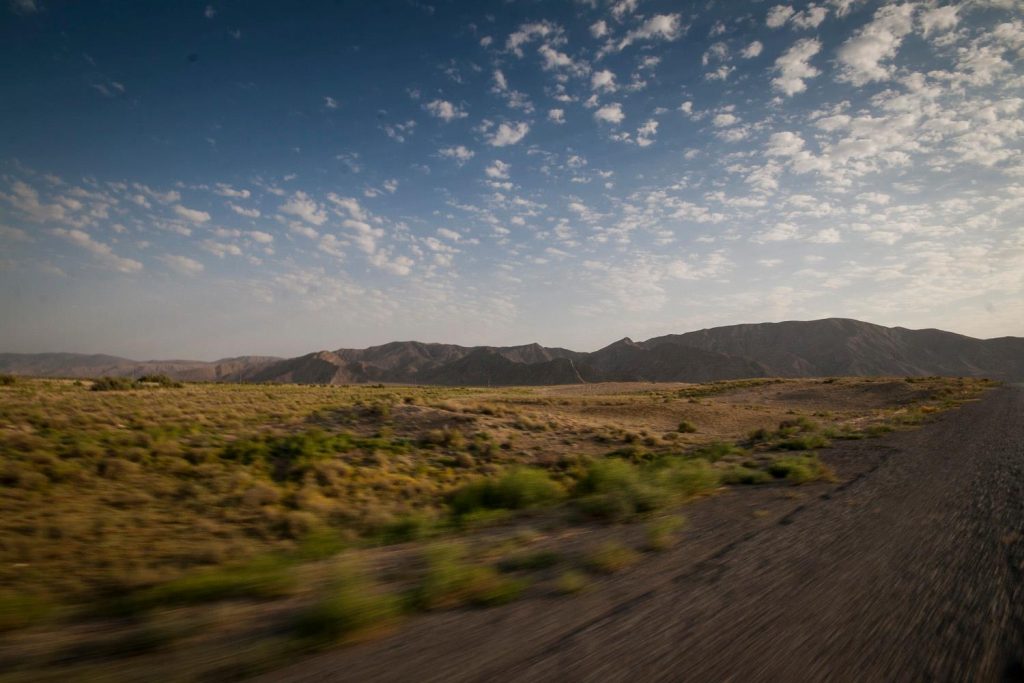 It’s been a tough few days driving on horrific roads and in searing temperatures hovering around 40°C. The drive today from the capital to the ancient city of Merv that we had read would take four hours took close on nine as the roads were some of the worst I’ve ever seen: car-swallowing potholes, spine-rattling bumps, continuous road-works and detours that seemed placed deliberately for the purpose of destroying dear Julie.

The scene that greeted us as we docked in Turkmenbashi a few days ago was of a barren and vacant land devoid of any trees and under siege from scorching heat. That scene would persist as we travelled east towards the capital through the Karakum Desert, the hottest in central Asia, before the dry desert landscape gave way to lush vegetation as a result of the man-made canal created by damning the Aral Sea. Throughout the day’s drive, the road hugged the picturesque Kopet Dag mountains beyond which lay Iran and just outside the capital, we stopped off to swim in an awesome 65m underground lake.

According to the Lonely Planet, “only the deeply unfortunate or insane find themselves in Ashgabat over July and August” and after enduring close on 50°C weather, I completely understand where they’re coming from. With its flower gardens, lush parks and perplexing sea of white marble palaces and buildings, you sense that Ashgabat is a city trying to impress. You sense it’s a city trying to show that everything is ‘hunky-dory’ in a country with the second worst media freedom in the world after Iran.

Walking around, the city was empty of people, no doubt due to the heat, whilst frustratingly we were not allowed to take any pictures.  Nor were we allowed to cast our eyes to the President’s palace without being told off.  People were also extremely hesitant to have their picture taken; no doubt scared of what might happen if they were ‘caught’.

I sense Turkmenistan is not a country you’re meant to like. They make it incredibly expensive to get a visa (we read over $1,000) while the affordable transit visa is 90% of the time only given for five days.  Added to the visa complications, it’s expensive and time consuming to enter the country while the seven hour border crossing suggests the country doesn’t really want or care for visitors.

Yet despite all this, the people are curious, friendly and so welcoming. They hooted and waved as they drove past and always wanted to chat asking where we’re from and welcoming us to the country. I suspect people don’t see many backpackers too often and the sight of Julie driving past is no doubt a story to tell the friends.

Aside from the awesome underground lake and the rather surreal capital, we spent an afternoon exploring the ruins of the ancient city of Merv. In its prime during the 11th and 12th century, Merv was one of the great Islamic cities of the world on par with Damascus and Baghdad before it was decimated by Timur, one of the sons of Genghis Khan, and it’s incredible that parts remain standing to this day. 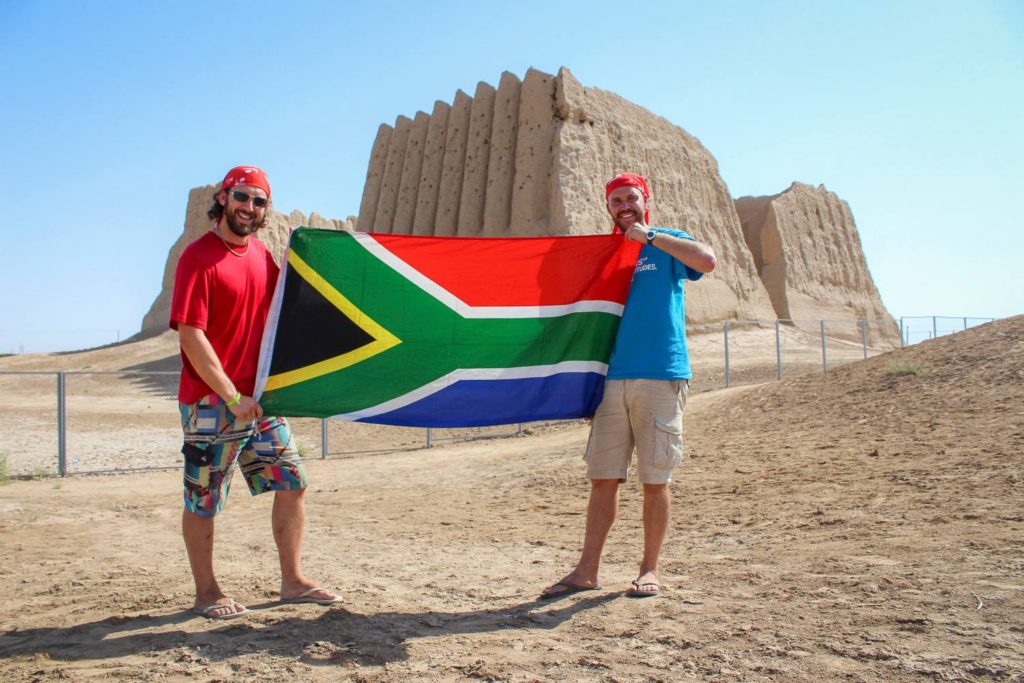 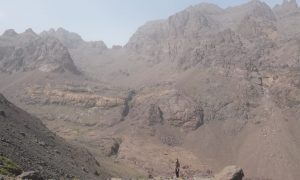 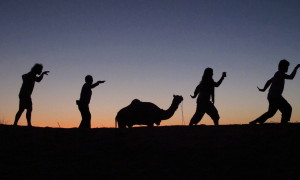 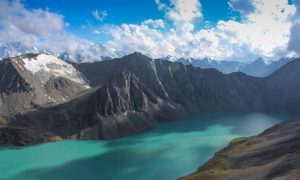 Stunning driving and hiking round Kyrgyzstan 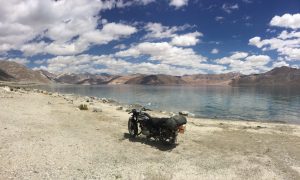 The rather terrifying bike ride to Pangong Lake