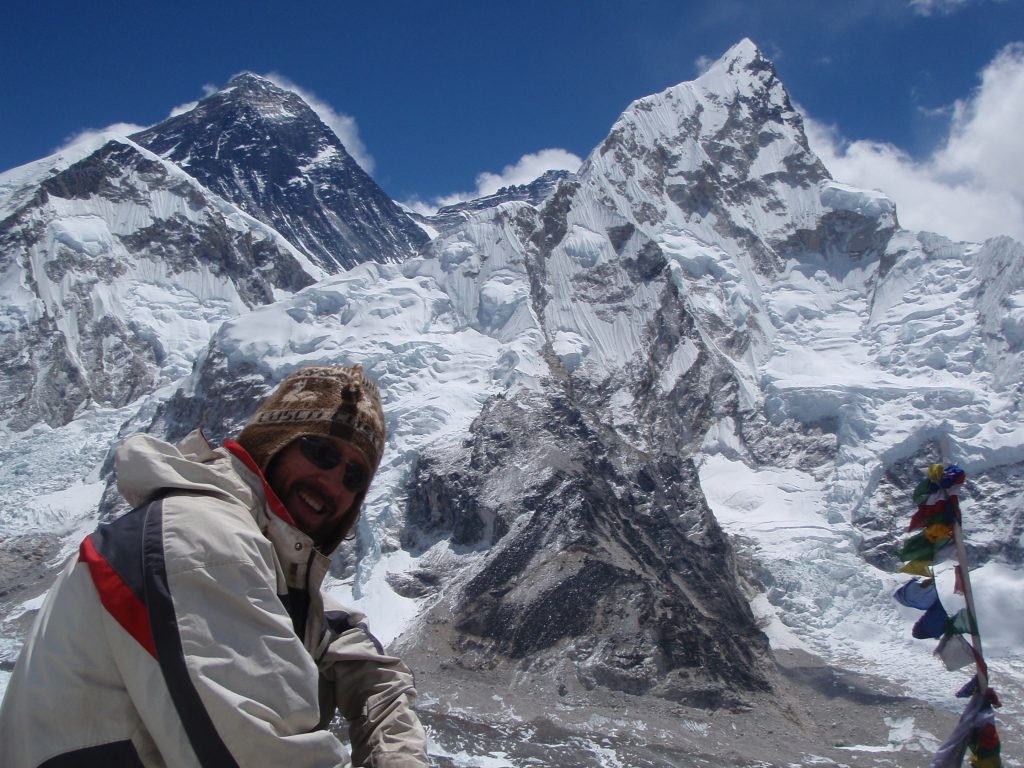 I’m not quite sure where to begin this blog or how to describe the trekking I did in the Khumbu region of the Nepali Himalayas. I know I use the word a lot but it was unbelievable – an epic 26 days in the most beautiful part of the world I’ve been fortunate to visit and an adventure I’ll simply never forget.

The majority of people fly into Lukhla, which sits at just above 3,000m, and begin trekking from there. I had other ideas, though, following a recommendation from a Canadian guy I had met on a train in Sri Lanka. He had suggested I catch the bus from Kathmandu to Jiri and walk to Lukhla so that’s what I did!

I met back up with Jenstar, Darragh and Pete in Kathmandu; friends I met and travelled with in India, and we spent a week enjoying the sights and sounds of the city and sorting ourselves out – registering for the trek, shopping for bits of equipment and stocking up on snacks. We also purchased a fantastic large map and armed with that and the Lonely Planet’s ‘Trekking in the Nepali Himalayas’, we set off on the bus to Jiri.

Walking from Jiri to Lukhla

The walk from Jiri takes six days and whilst a really tough trek, it helped a huge deal with fitness, and acclimatisation, since the trek is very “up & down” and you ascend and descend over 9,000m until reaching Lukhla. You really get a sense of  rural Nepal as you’re passing through, and staying over in, a number of small towns and villages.

The scenery along the way is stunning and it’s also varied to what you see further up with lots of green countryside about. Finally, since far fewer people walk in, the trails are nice and quiet and you feel like you’re on your own to some extent (unlike the ‘highway’ further up).

Lukhla to Everest Base Camp and the Three Passes Trek

After making our way to Lukhla and then onto the relatively large town of Namche Bazaar, the  trading center and hub for the Khumbu region, we did what’s known as the “Three Passes” Trek, which took a further 20 days. It’s hard to describe how spectacular the area is with huge snow-capped mountains soaring all around you and Everest, distinctive in that it is the uglier mountain with a black top, popping up every other day.

Walking independently meant we could go at our own pace and we spent at least one night at each village we walked through; in some we spent a few nights and did a few walks round the area to help our bodies acclimatise to the altitude given we were very quickly above 4,000 (the rule when trekking is to ‘sleep-low, climb-high’).

After a lovely few days exploring the area around Namche, and restocking our snack supply at the market, we made our way to Tengboche, home to a beautiful monastery and a delicious bakery.  We spent a second day here to acclimatise, climbing a peak in the area, and the following morning continued to Dingboche.

We continued slightly west to Chukhung, where we too spent a second day and night, and summited Chukhung Ri, 5,550m, which was a super tough climb. This was one of the only poor weather days we had during the whole trek and while the views from the summit were non-existent, we enjoyed good views on the way back down and at one point heard what sounded like an avalanche off in the distance.

The following morning we turned slightly north-east and headed over our first pass, the Kongma La (5,535m). This was a really long day and we were very chuffed to have left at first light. (There are no tea-houses on the passes so be sure to pack enough snacks!).

We continued to Gorak Shep and summited Kala Pattar under a cloudless piercing-blue sky (5,550m), from where we enjoyed the most incredible 360 panoramic Himalayan view including Everest and Lhotse, the world’s 4th highest at 8,516m.

We continued for a further two hours to Everest Base Camp, where I buried the traveling geo-caching cow Toby and I found whilst geo-caching in Eschwege in early September. There are actually no views of Everest from Base Camp but it was a surreal feeling to be there.

After a night back at Gorak Shep, we continued west under a bright-blue clear sky over our second pass, the Cho La (5,368m), and onto the gorgeous Gokyo region with it’s turquoise lake. This was another long day so be sure to leave at first light.

By this point we were knackered and so we took it easy, staying put for four nights and doing very little walking aside from summiting Gokyo Ri (5,357m) one morning. We had fantastic views from this summit too and Everest was again distinctive with its black mound.

After a lovely relaxing few days round  the lake, we headed over our final pass, The Renjo (5,360m), and down to Namche and Lukhla. The intention was to walk back but by this point we were knackered and so we caught a flight back to Kathmandu, where we spent a few days getting clean!

It was without a shadow of a doubt one of the best things I have ever done and I look forward to returning to Nepal to spend more time amongst her majestic mountains.

One of the great positives about trekking here is that it’s so accessible. There are tea-houses throughout so there’s no need to bring your own food or a tent. Accommodation is incredibly cheap, and comfortable, and the food is delicious. As you would expect, both food and chai get more expensive as you climb higher but to give you an idea, we spent under US$1,000 over the month and ate and drank heaps. Both lunch and dinner were always 2 courses – mains and another mains, and we had multiple cups of chai with all meals. (We were eating minimum 3 eggs a day and at least one meal had potatoes in it)..

Be sure to bring your own snacks, we were eating at least 2 snickers/mars bars per day, and purifying drops or tablets for the water (there are no shortage of streams to fill water bottles).

When to trek and weather

The best times to trek are October – early December and April and May (we trekked in April). We were extremely lucky with the weather enjoying largely beautifully clear and crisp sunny days. The clouds would generally start moving in around mid-afternoon, by which point we were often done trekking, and for the rest of the afternoon and into the evening we would chat and play cards over many cups of tea and lots of food.

Because you don’t need to be self-sufficient, it’s very easy to trek independently in this area. You can pick up a map in Kathmandu and the Lonely Planet was outstanding. Once you get to Lukhla there are lots of people trekking so it’s easy to find your way and the paths are clear. It’s a little more tricky always finding the path as you walk in from Jiri but locals were always on hand to point us in the right direction and we met such incredibly friendly people throughout the trek.

You must register for your trek and carry your ‘pass’ with you at all times (though we were never asked for it). Ask you hostel / hotel in Kathmandu how to register.

We booked our flight out once in Lukhla and you may need to wait a day or 3 for clear weather to take off. 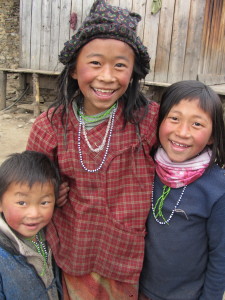 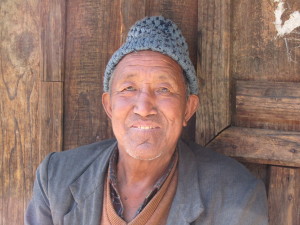 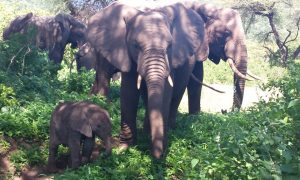 Camping with elephants in the Serengeti 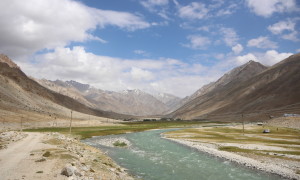 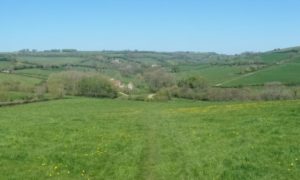 My Five Favourite Experiences in Guatemala